AGENCY I PLATFORM I FILMS I FESTIVAL

TFM Online Film Festival is the First Premier Indian Online Film Festival encouraging Global Independent Film Makers showcase their films around the World. TFM festival that is devoted to finding and highlighting the best cinema and bring the Filmmakers to the forefront on a Global platform.

We Are Inspired by Innovation, Enterprise, and Creativity in Film making.

Thousands of films are made every year by extremely talented, innovative, and visionary filmmakers that are left unnoticed. We aim to celebrate these filmmakers for their efforts and share with the world the raw talent that we discover along the way.

Does your film fit the bill? Click here to know more. 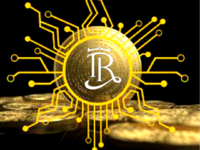 The Filmy Monks combines creative inspiration and artistry in Content Creation, Syndication and Marketing. With a constant focus on meeting the evolving needs of viewers and content buyers around the world, The Filmy Monks OTT Platform is uniquely positioned to meet the growing demand for original content as it continues to expand its portfolio of films, web series, and new media content.

From Content Monetization to Distribution, We've got you covered.

15+ years across various industries; Education, Film Festivals, Banking, Shipping, Entertainment. Each one has been a phenomenal experience. Learning, Experimenting, Thriving at every opportunity I put my mind to. Blending my entrepreneurial experience of conceptualizing and executing challenging ideas and shaping them into sustainable business models. The filmy Monks is my passion venture, to create a platform that is both commercial and promotes Independent Film Making. We at TFM have been instrumental in starting the TFM film festival and an OTT platform called ONTFM which showcases good content & promotes young talent.

I have two decades of filmmaking experience and have worked with various industries ranging from Media, Automobiles to Tradefairs. Being at the forefront of project execution, negotiating alliances, & associations. The Filmy Monks has been establishing global business relations along with strategic partnerships in new markets. We have been instrumental in starting the TFM film festival which showcases fresh talent and good content. The TFM film festival is in its Sixth festival.  We at TFM have started a new OTT platform called ONTFM, which is an initiative to engage with our audiences and bring to them stories from around the world and promote independent filmmakers. For more details log on to www.ontfm.com. I have been Promoting content at international Film Markets for more than a decade, at prestigious markets like MIPCOM, CINEKID.  TFM is an amalgamation of international trends & monetization opportunities worldwide.

Jatin has been a professional model/actor/entrepreneur and part of TFM team for over a decade now. He brings a plethora of global & local work experience in the advertising/media domain. Jatin in association with TFM has successfully completed many global & local projects including web series, digital marketing, web applications, marketing & music production. 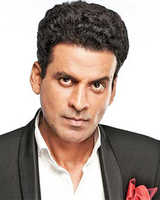 Manoj Bajpayee - President of the Jury

Manoj is a Padmashree Awardee, an Indian film actor predominantly working in Hindi cinema for 30 years. He has also done Telugu and Tamil language films and has more than 90 Films to his credit. He is the recipient of 2 National Film Awards, 4 Filmfare Awards, and 2 Asia Pacific Screen Award for Best Performance by an Actor.  He is known for his path-breaking performances in Satya, Aligarh, Raajneeti, Vedam, Special 26, Sonchiriya, Bhonsle, Pinjar, Kaun, Shool,1971, Aks, and Bandit Queen to name a few.

His film "Gangs of Wasseypur" was screened in Cannes Director's Fortnight Section in 2012. He has appeared in the Digital SuperHit Amazon Prime Spy action drama web series The Family Man 2019. Bajpayee is often regarded as a method actor and a director's actor and is known for his unconventional roles in films.  In 2020-2021 he is appearing in Family Man Season 2 alongside a social satirical film "Suraj Pe Mangal Bhari" set to release. 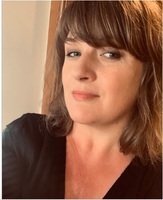 Anne Doshi, a French national, studied Cinema at la Sorbonne in Paris before shifting to Mumbai 14 years ago. Since then, Anne has worked for events like IFFA and the Marrakech International Film Festival. She has constantly promoted Indian culture and Cinema in France, Europe and Morocco. She is currently producing a short animation film based on an Indian short story and is consulting for the International Kids Film Festival. 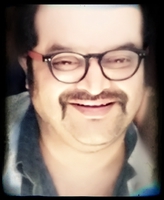 Tariq, Originally from Lucknow is the Writer-Director of the hugely successful Short Film 'The Playboy Mr. Sawhney'. He is a pioneer in Writing scripts & dialogues/co-dialogue writers on successful projects like Khoya Khoya Chand, David, Daasdev, etc directed by topmost directors of the Hindi Film Industry.

Tariq has also been a Creative and Executive Producer for the film 'Yeh Saali Zindagi' and a Creative Consultant for the short film made by Mr. Sudhir Mishra titled 'Life Support' for the India Today Conclave in February 2017. Tariq is currently onboarded as a writer for an upcoming feature film and Web-series. Ready with the script of his feature film which he will be directing soon. Tariq loves movies, jazz music, Kishore Kumar, RD Burman and Lucknow food. 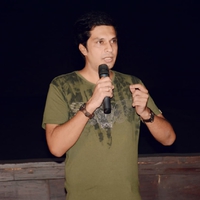 Divya is an acclaimed film critic and a radio jockey with popular shows across major cities. Popularly known as Bollywood Spy G9', Divya is also an all-encompassing Hindi film encyclopedia, Divya has won many awards and accolades as the Best radio jockey & best film critic in his career span. Divya writes for major digital publications i.e Pinkvilla, Rediff, Fiji Times Australia, etc, and is a noted Film reviewer who has interviewed almost every film personality from the Hindi film industry along with a few prominent names from Hollywood.

Divya is an independent film archivist and has a personal collection of over 7000 - 8000 Hindi films ( DVD, VCD, VHS format) plus more than 2000 old film magazines/books (right from the 40s era till date). A Big Amitabh Bachhan Fan, he is followed by the superstar himself on social media.

Rajeev & Sweta are content acquisition partners for TFM in the USA. Their Company has been doing a lot of work in the field of media & Films with TFM and share history of working on projects together for Indian productions. Rajeev has been a consultant and has actively been a part of international productions on behalf of TFM in the USA. Sweta has been part of all initiatives with Rajeev. Today Rajeev and Sweta are part of the TFM mantra of helping independent filmmakers showcase their work on the TFM channel. TFM is looking to acquire fresh content in terms of New web series, Shorts & Festival Films. If a filmmaker has made a film or is looking to distribute a film, they can get on touch with Rajeev or Sweta. Email: thefilmymonks@gmail.com 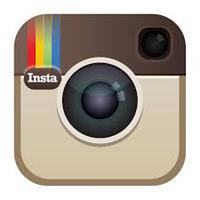 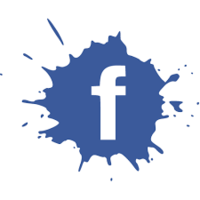 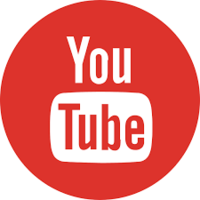